Jon Geraci is the Pastor of Calvary South Denver. 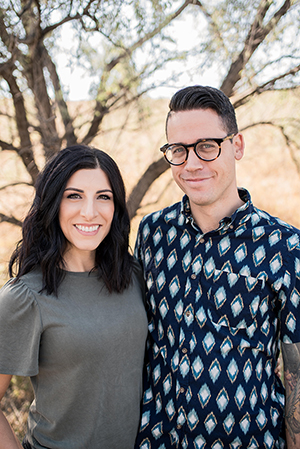 Jon was born in Upland, California and grew up in a Christian home. It wasn’t until his freshman year in High school that the Lord got a hold of his life. It was then that he surrendered everything to Jesus.

“I was in Jr. High when I started my rebellion. I didn’t care that I was deliberately disobeying my parents or sinning against the Lord, I just wanted to be a slave to my flesh. To me, Christianity was a joke. I remember one night I was in my parents basement crying out in fear for my life. It was like the Lord was showing me my future and all I saw was death.  God spoke to me so clearly that night; ‘Jon, your sin is killing you! You’re not guaranteed another day to live.’ It was then, in my parent’s basement that I gave my life completely to the Lord.”

Jon graduated from Calvary Chapel Bible College in Murrieta California and worked as the Jr. High Pastor at Calvary South Denver for 2 1/2 years. Jon and his wife Carolyn were called to Charleston, South Carolina to help Pastor Richard Perea with his church plant. Jon worked as the Youth Minister and the Young Adults Pastor while serving at Calvary Chapel Charleston for 2 years.

Jon is the founding pastor of Declaration Church that started in September of 2012 in Mount Pleasant South Carolina. After passing the church over to pastor Josh Claborn in 2016, Jon is now the Lead Pastor of Calvary South Denver.

Join us Sunday at