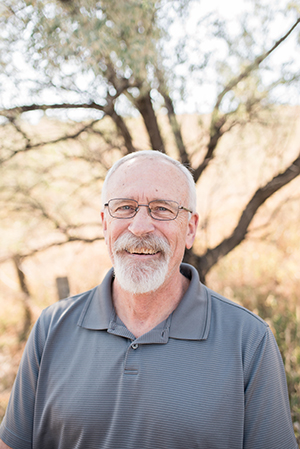 Jimmy was born and raised in Colorado, growing up in Southwest Denver and Lakewood where he attended Alameda High School 1964-1967. It was at Alameda where he met his wife Terry. They were married in 1969 and have two adult children.
Jimmy served in the US Navy Reserves and did an active duty tour in Danang and Cam Rahn Bay Vietnam in 1969-1970, serving at the NSA Hospital in Danang and with Seabee unit CBMU 302 in Cam Rahn Bay.
Upon separation from the military, Jimmy returned home and joined the Denver Police Department in September 1970. He retired as a Detective in 2000. Following retirement Jimmy worked for the Colorado Department of Revenue, Division of Gaming, as a Criminal Investigator, investigating crimes occurring in the casinos in Blackhawk and Central City, Colorado. Jimmy retired from his law enforcement career on September 1, 2011, completing exactly 41 years in law enforcement.
Following retirement, Jimmy turned to volunteering at Calvary South Denver, a church he had been attending since March 5, 2008. He quickly became a usher/greeter at the church and also served in a position of security at the church. After retirement Jimmy was invited to be part of a “Pastor in Training” Bible Study, which was lead by Pastors Bob O’Fee and Pastor Manny Hays.
On November 6, 2016, Jimmy received his Certificate of Licensure as a Pastor at Calvary South Denver. In those duties, Jimmy heads up the Usher/Greeter/Security Team and also the Tithing Team volunteers and handles security/law enforcement issues that arise at the church.

Join us Sunday at